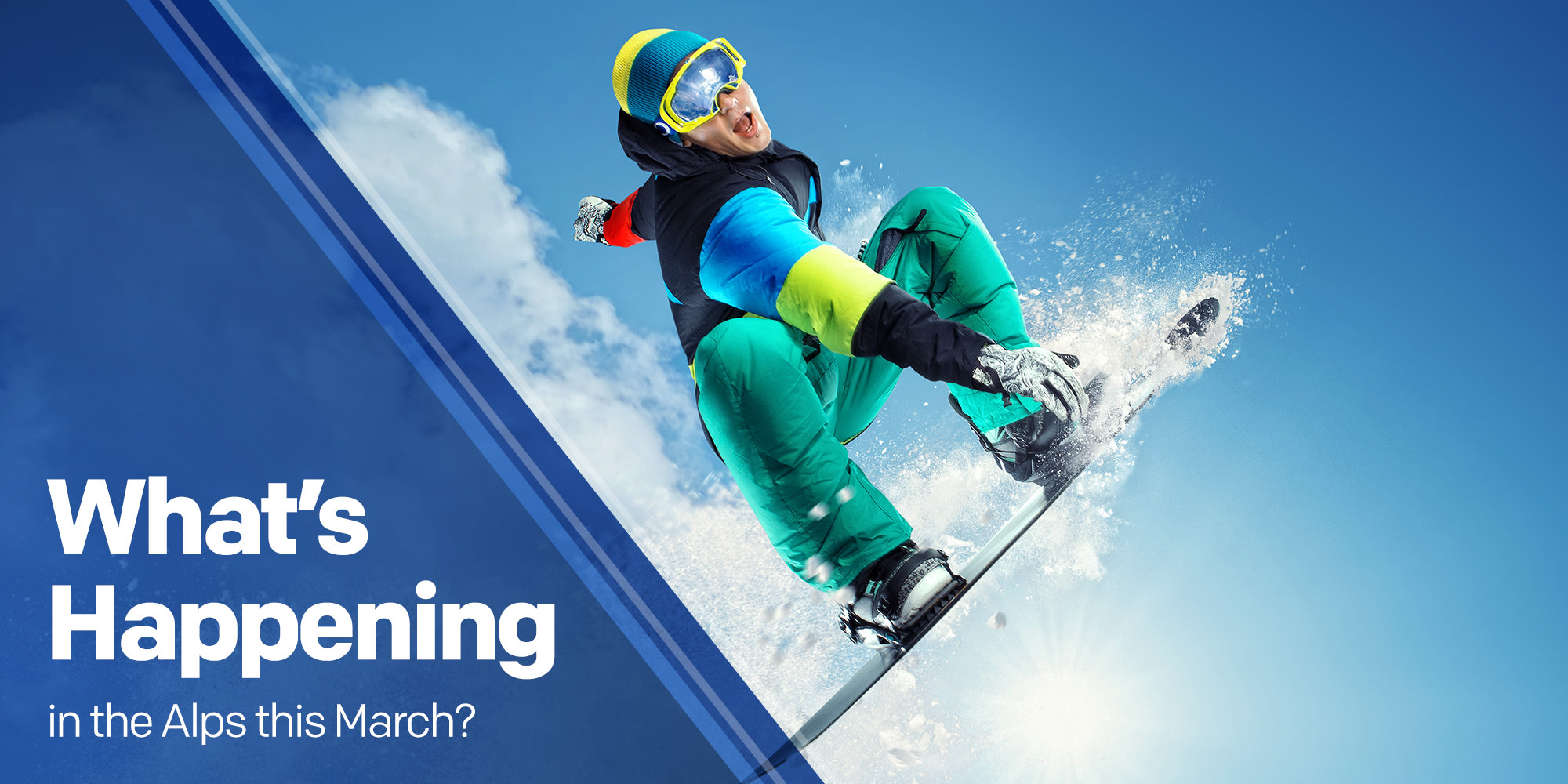 So, the ski season is coming to a close. This means that there won’t be much happening in the Alps this month, right?

In fact, this month sees the Alps ending the season on a high. From music festivals to ski races, there’s a lot happening off the slopes this March.

Don’t believe us? We’ve rounded up the biggest and best events that should make your ski holiday an unforgettable one. Here’s what’s happening in the Alps this March.

RFM is a one of kind event hitting the slopes of Avoriaz this March.

You’ll get the chance to discover some new artists as well as celebrate the famous ones!

If this wasn’t enough, the clubbing lasts all night.

There’s no chance of being bored off the slopes here!

Conquer the Alps is an event where winter sports lovers and party goers come together.

Skiers and snowboarders will put aside their rivalry and bond over a love of music and partying.

There’s something for everyone! From team activities to scavenger hunts, you’re sure to find something to suit you.

Good music sounds even better when echoing off the mountains!

Spending your ski holiday in Tyrol? Head to Fieberbrunn in Pillerseetal Valley for the Freeride World Tour.

This event will surely put your skiing skills to shame!

Up on the pistes of Mont-Chéry, Skicolor is an annual event that combines skiing and colour.

Facing Mont Blanc straight on, participants will ski down a specially prepared area while being immersed in explosions of colour.

This event is a uniquely fun experience that will see you standing out against the white of the slopes! Think ‘The Colour Run’ while on skis, and you’ve got the idea.

It’s not technically a race, but no one will blame you for exploring your competitive side.

This event is sure to be an unforgettable one!

Love festivals but hate the mud? You’re in luck.

SnowBoxx is a festival on the slopes, complete with incredible snow and a star-studded line-up.

This event can boast five sell-outs in five years, so we’re confident you won’t be disappointed.

Think of it as the ultimate après-ski experience!

For one entire week, Val d’Isère and neighbouring Tignes will host European Snow Pride, an event in its sixth year.

This event will be home to many internationally famous artists, all-night dancing and even a pool party.

It’s an unmissable event that celebrates the LGBT community as well as excellent skiing.

It’s a week of skiing and partying that you don’t want to miss!

You may also like: Skiing vs Snowboarding: Which is Actually Better?

This event promises to be the biggest one yet. With cabaret, live music and non-stop partying, you’ll experience the slopes like never before.

Is there a better way to celebrate spring skiing?

Want to combine snow, mountainous views and partying? Rock the Pistes has all of this and more!

This ski festival is so epic, it even crosses the border of two countries. Both France and Switzerland will be home to live concerts, treasure hunts and thousands of festival goers.

We can’t think of a better way to end the ski season!

Glisse en Coeur is the ultimate charity event in the Alps.

Every year, skiers raise money for a certain charity with a 24-hour skiing relay that takes place non-stop from Saturday to Sunday!

It’s a heart-warming event that showcases solidarity and raises money for a good cause! Why not show your support?

Fancy watching some tribute acts perform the music of your favourite artists while on a mountain? Well, now you can!

They might not be the real thing, but these acts know how to put on a show.

This one definitely ticks all the boxes for entertainment factor!

You may never have heard of the Great British Celebration before now, but it’s a hugely exciting event.

Complete with races, tournaments, partying, and even an appearance from Jenny Jones, the first Brit to win a medal in the Winter Olympics, this festival is not to be missed.

It’s an event that celebrates skiing and British culture! So, if you’re lucky enough to be in Les Arcs this March, make sure you check it out.

Every year, Speed Masters gets more and more impressive! This is an event that showcases some incredible skiing achievements, where participants reach jaw-dropping speeds.

This speed skiing trail shouldn’t be missed! It might be over in a blink, but it will be an unforgettable event.

So, now you know what’s happening in the Alps this March, you just need to get there! At Alps2Alps, we offer an affordable, reliable service to all major resort destinations in the Alps. Find your low-cost transfer here!