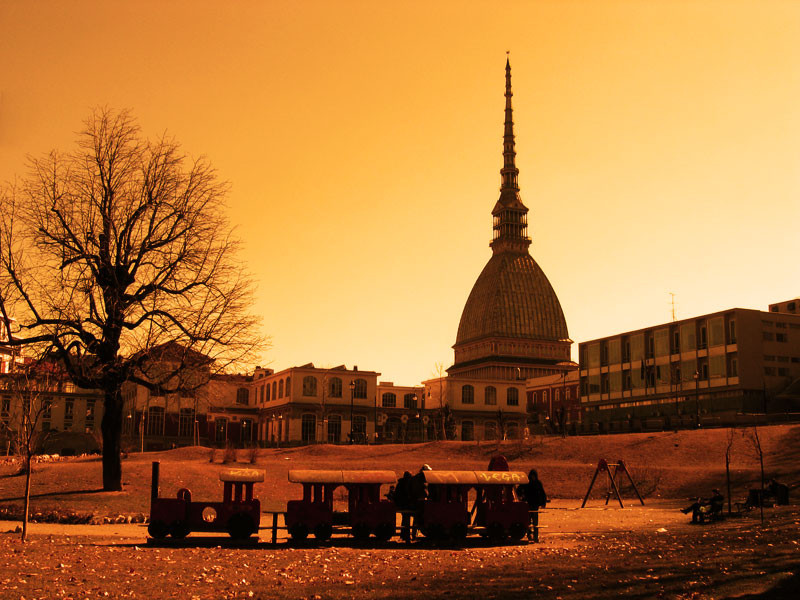 Chances are that if you’re reading this right now then your holiday dreams for 2013 are based more around flying down the slopes of Meribel than meandering round a few churches. Can’t say I blame you at all, but I’ve always been the kind of person that isn’t happy travelling a few thousand miles from home and not trying to at least fit one or two extra places into the trip to make the most of it.

That’s why I found myself in Turin earlier this year when I was on my way to Meribel, having scored a pair of really cheap Turin airport transfers and figuring we might as well culture-up a bit. And for anyone that’s in the habit of sidestepping these kinds of jaunts due to the limited time available to them, here’s how you can transform just one day and night in Turin into a stopover you’ll be so very glad you made:

Leave your bus transfers from Turin airport and head to your hotel for a lunchtime check-in, ideally early enough to stop into any nearby locale for a spot of lunch. It’s a good idea to decide now whether or not to invest in a ‘Torino Card’ which gives you access to about 130 museums and tourist attractions for 48 hours for just 15 Euros. A bargain if it’s your bag, but pointless if it’s not.

After lunch, take a stroll down Via Roma which is for all intents and purposes the very epicentre of the Turin experience; the road stretches from the Piazza Castello to the Piazza San Carlo and is the best place to get a flavour of the city. And speaking of flavour, Piazza San Carlo plays host to Caffe Torino which is one of the most highly-reputed and oldest chocolate houses in Europe.

Via Roma stops close to Palazzo Madama and the Royal Palace entrance, which is a great place to have a stroll around and has a stunning garden to explore in the spring and summer months.

You’ve got to do things how the Italians do, which means rounding off the afternoon with the obligatory aperitif. The best place to head is Piazza Castello and make a beeline for Mulassano Bar, which is one of the most famous and for very good reason. There’s really nowhere better to see the Turin locals doing their thing in the late afternoon buzz, going about their business, beginning romantic rendezvous’ and generally giving you every reason in the world to sit and stare at them.

If the weather is looking particularly kind, be sure to make the trip to Mole Antonelliana which is probably the most recognized landmark in the whole of the city and by far offers the most stunning views from the 67-meter observation area. Time it for sunrise or sunset and you’re in for a real treat.

And as the night moves forward, you can’t go wrong choosing a place to eat just as long as you head for anywhere that’s busy with locals – rather than tour groups. As far as locations go, it’s just as worth seeing via Roma or the Piazza Castello at night as it was in the day when they transform entirely with a renewed buzz and sense of life – the perfect place to round off the day with a gelato or any nightcap that takes your fancy.