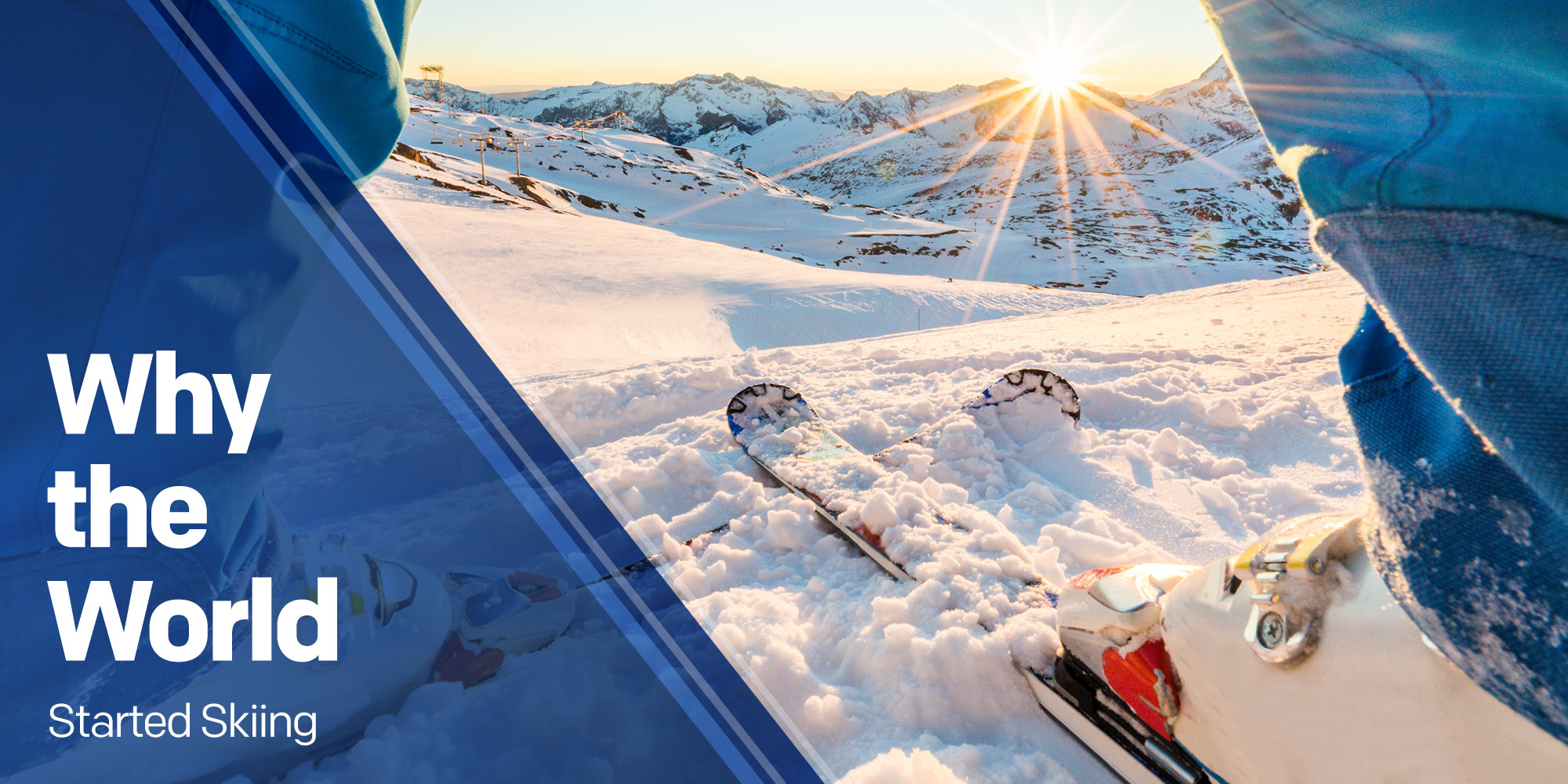 Year on year people flock to ski resorts around the world to partake in the activity of skiing.

However, it’s likely a large majority of the population have never asked themselves a crucial question.

How did skiing even start?

We’re going to explain why the world started skiing, and how our beloved snow sport came to be what it is today:

It Was a Way to Survive

When discussing the origin of skiing, it’s difficult to believe the word “survival” is the first thing springing into peoples’ minds.

If we look at cave drawings from the Palaeolithic period, it seems skiing was used as a way of crossing wetlands and marshes when they froze over.

It is thought to have originated in Northern Scandinavia, although the evidence is still a little unclear.

During the winter period when ice and snow were aplenty, makeshift skis allowed people to travel and hunt effectively under less than ideal conditions.

The idea of this mode of transport (or means for survival) being considered a sport was probably far from the minds of the original skiers.

So, next time you’re skiing down the slopes at breakneck speed, imagine yourself in their shoes. It may help you appreciate what the sport has now become!

Believe it or not, while the original ski races were competitive, they weren’t exactly considered “recreational”.

The Norwegian army (during the 1760s) held skiing competitions involving a variety of challenges – going down slopes, manoeuvring through trees and other obstacles, all while practising their shooting technique.

Some of us consider it a success if we don’t fall over on our way down the slope, let alone having to shoot moving targets while avoiding oncoming obstacles.

It makes sense for military applications to have taken place during the time – if skiing became the necessary mode of transport during icy and snowy conditions, then the army would’ve had to adapt too.

It wouldn’t come as a surprise to think these men had incredible ski technique, although we’d prefer some other unique ways to improve our skiing.

You may also like: Ski Resorts that Made it to the Big Screen As skiing progressed through time from transport to military training, its reach also started to build.

Spreading from Scandinavia to other parts of Europe, the activity piqued the interest of regular civilians.

Skiing then began its shift from necessity towards recreation. There were two main forms of skiing at the time: cross country (Nordic) and downhill (Alpine).

Downhill skiing soon replaced cross-country as the more popular of the two. Skiing down a slope at high speeds was more adrenaline fuelled than the Nordic alternative, so it’s easy to see why the shift occurred.

From here the Alps began to take centre stage as skiing widened its reach throughout Europe.

Of course, with the wider reach comes more participants – some partake as a means to relax, while some look to push themselves and enhance their skills in friendly competition.

This then leads us to… By this point, the activity became more recognised as a sport as opposed to its original inception.

Between the years 1955-1965, the sport became even more accessible to people as the equipment and manufacturing processes evolved.

This made it easier for people to treat skiing as a recreational activity, without need for training or sporting prowess (although a summer ski workout plan definitely helps).

Back to the Present!

Snapping back to the current time, skiing is a hugely popular activity around the world.

It has evolved beyond its original purpose of movement and survival during the winter, to a sporting activity enjoyed by many, regardless of weather or snow conditions.

Putting yourself in the shoes of those who used skiing for totally different reasons can only enhance your appreciation of the sport’s current incarnation.

So, with this in mind, book your transfer, rent your equipment, and enjoy this wonderful winter sport for what it’s become.