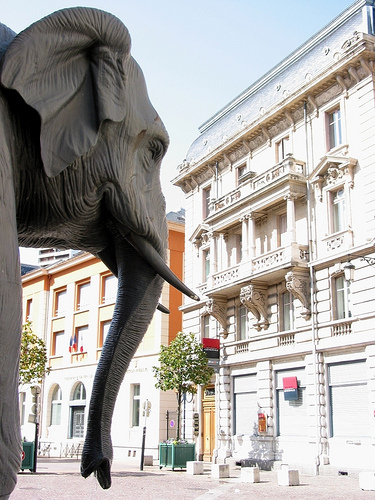 To be honest, it never fails to surprise and to some extent irritate me that hardly anyone en-route to Val Thorens takes the time to spend a day or so in Chambery. But then again, I’d hardly want my little corner of tranquillity to be suddenly taken over by the tourist mobs either – a bit of a catch 22 really. But anyway, I’m writing this now for the sake of anyone that’s ever found themselves in the area and wondered what exactly goes on behind the confines of whatever transport hub it is that you’ve ended up at. Jokes aside, Chambery is a gorgeous town on the doorstep of so many French Alps ski resorts and couldn’t be easier to reach by train, plane or a bargain Chambery bus transfer. The atmosphere in Chambery is one of a much simpler and more idyllic time when the only thing that sees electricity fill the air is the bustle of the Saturday market. Those that know the town will swear by its reputation for producing some of the finest food, wine and other local produce anywhere in France – chances are the gourmet bites you’ll be feasting on in Val Thorens came from here in the first place.

A dream for foodies to say the least therefore and the perfect place to gorge on goats cheese, fondue, crepes and the best pastries you ever taste in your life. And even if skiing isn’t on the cards, there’s a thousand and one activities on offer just a spit and a throw from Chambery, including rock climbing, hiking, horse riding and boating…not to mention trips around some of France’s most important vineyards. In the town itself, probably the most famous and most photographed landmark of all is La Fontaine des Elephants – which unsurprisingly translates as the ‘Elephant Fountain’. Not that the locals seemed to be content with such a simply moniker, so don’t be surprised to hear those from the locality referring to it as the ‘Four Buttless’, which makes sense when you see it.

Another hugely important building is the Chateau de Chambery, which now exists as a government building but was once the home of the legendary Shroud of Turin.

It’s tough to single out one or two locations as the best places to head for shopping and general relaxation, but the good news is that most of Chambery is small and compact enough to get around on foot in just a single day. That being said, Lac du Bourget is one of the best and most popular places to head when the weather takes a positive turn, where you can hire out a paddle boat and drift away from the cares of the real world for next to nothing.

I’m sure you’re getting the picture here – this is a place that has so much to offer and yet is overlooked entirely by the majority of French Alps visitors every single year for one reason or another. Not that the locals would be happy if the whole lot started piling in, but for those with a genuine interest in food, culture and the real France behind the scenes, it’s a real diamond.